Both dementia and depression are common diseases, during different stages of our lives. Depression can occur during any stage of life, while dementia usually occurs during later stages of life. However, these two conditions share more than being common: Studies have shown depression can lead to dementia, and additional studies have found depression can have a significant impact on those suffering from dementia.

Depression As A Risk Factor

It is well established that depression is a risk factor for dementia, but speculation still exists that the cognitive dysfunction occurring with depression leads to the decline and impairment recognized as dementia. More research has been done to establish what type of depression predicts the development of dementia; results show that early-onset (childhood/teenage depression) or late-onset (occurring in a person 60 or older who has never before had a depressive episode), are the most likely to lead to dementia later in life.

A study done in Nature Review Neurology affirmed the correlation between depressive symptoms early in life, and the magnified increase in dementia risk.

For older people already suffering from dementia, depression may manifest itself as physical symptoms, rather than its commonly known cognitive symptoms. These symptoms can include a loss of appetite or energy. This does not discount the many cognitive symptoms that can appear as a result of depression; the Alzheimer's Society provides a comprehensive list of these symptoms on their website. 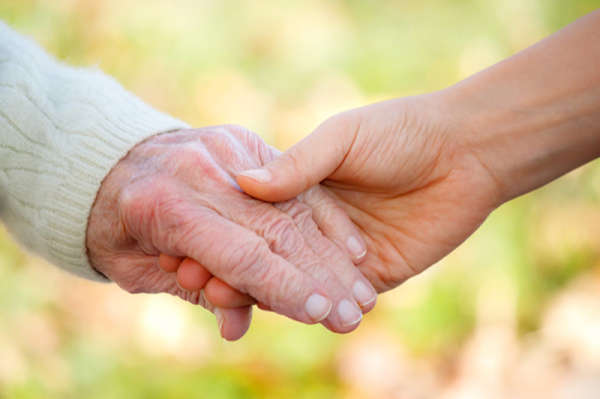 The study also found recurrent depression was linked to an increased risk for vascular dementia. It remains unclear whether depression comes before or after the diagnosis of dementia, but there is a clear connection between the two diseases.

The treatment of depression is complicated, and becomes even more so when dementia enters into the equation. Anti-depressants are a common treatment for depression, but have not yet been an effective treatment for people with dementia and depression.

However, medication is not the only treatment option. For people with dementia, taking steps to maintain a regular routine, participating in pleasurable activities, and staying active can also be helpful in treating the symptoms of depression.

If you suspect that someone you love who suffers from dementia may be becoming depressed, it is best to consult with their doctor as soon as possible. Their doctor will help them find the treatment plan that works best for their lifestyle. It is very important, however, that you alert a doctor or medical provider, as untreated depression can become a serious health hazard.

The Connection Between Hearing Loss And Dementia

How To Handle Personality Changes And Aggression